The Launch of the CD "Stripped Bare" at The Basement, Sydney, on Monday 30 November, 2015 was a huge success.

We were delighted with the turnout, and a fabulous crowd they turned out to be. 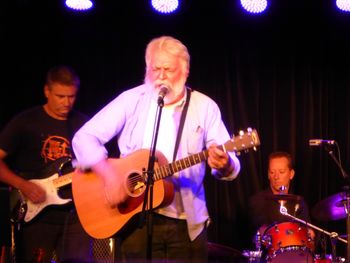 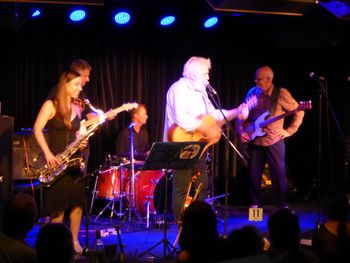 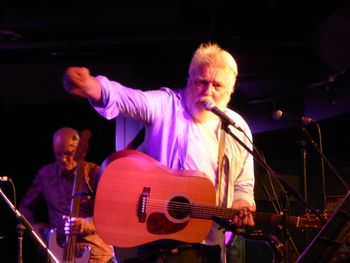 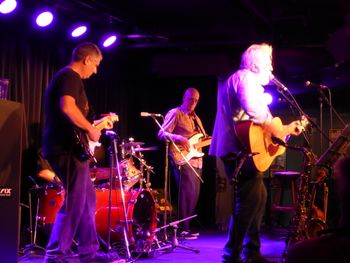 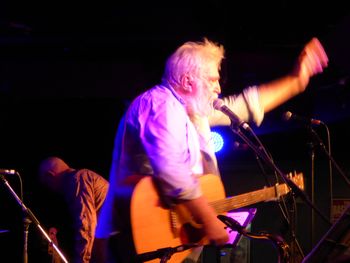 Brian, Chris putting his bass away 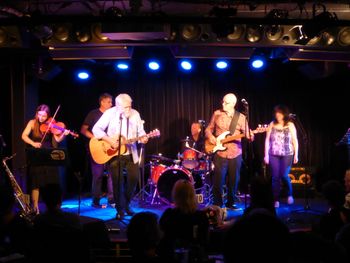 Share photo gallery
John Chesher had generously acted an offer to be the MC on the night and did a fantastic job. John is a really laid-back sort of guy and made everyone feel welcome with the way he handled the night.

Sharlene ("Charli") Rainford  opened, performing a fabulous set with a mix of mainly originals interspersed with the occasional cover. Her rendition of Stayin' Alive was fantastic. Charli was joined on most songs by Dan Collingbourne on guitar, and on the occasional song by Archie Petrie on violin. I had only met Archie a few weeks ago at the Old Fitzroy Hotel where he joined in with me on a couple of songs sight unseen. He's a really good guy to have around the Sydney songwriting scene. Charli is a really talented writer and an entrancing vocal style. Charli scored the "dinner" section of the night which can traditionally be a difficult set in which to perform. However, Charli and Dan had this crowd from the get go, and held them throughout the set. 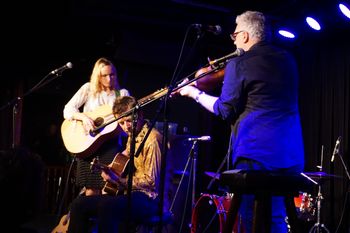 Share photo gallery
Next on stage were Ross Ward and Ernie Van Veen. Ross and Ernie are truly quality performers and provided a set that had the crowd engaged from the outset. Ross mentioned after the gig that the audience that night was probably the most attentive he had ever performed to. The fact that Ross and Ernie were putting out a great set of music no doubt was a significant factor. It was great to see Phil Doherty in the audience, as Ross and Ernie performed a number of songs written by Phil, including "Man of the Road"

The audience were clearly enjoying what they were seeing and hearing - Charli, Dan, Archie, Ross and Ernie had really set up a great night. 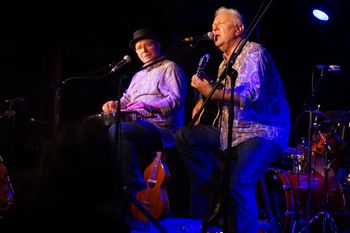 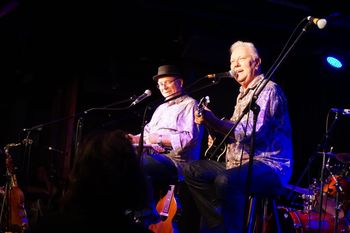 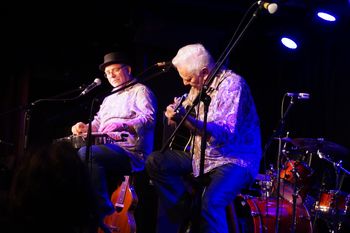 Share photo gallery
It then was time for the Brian Ralston's Self Tort to take to the stage for the launch of "Stripped Bare". The lineup consisted of:

Chris Stafford (bass) - who had been part of the "Exhumed" band in August, 2013
Heather Roche (saxophone and viola) - Heather had made some magnificent contributions to the CD
Donovan Gall (drums) - Donny had performed all of the percussion for the CD
Robert Smith (guitar) - Robert and Brian had met on a music site via the internet some years ago, but met be accident early in 2015. Robert and Brian commenced playing together in about September, 2015
Brian Ralston (guitar and vocals)

Apart from a couple of practice sessions between Brian and Rob, the band had one rehearsal, on the day before the launch. However, there seemed to be a really good feel coming from the playing in the rehearsal.

On the night, the band fell straight into a groove on "Once is Enough", the CD's opener. The CD was, with one exception played as it appears on disc. The only change was that "I Can See It From Here" was played before "Once is Enough" in the live context as "Once is Enough" stood out as a closer. The rhythm section of Donny and Chris was sensationally tight all night and provided a wonderful foundation for the band. Rob's guitar playing was exceptional throughout utilising colour and dynamics. Heather's involvement on sax and viola was fantastic.

In retrospect, the night was as good, if not better, than the band had expected. The audience called for an encore and the band responded with Mid Life Crisis and Oldest Roadies on the Earth.

So successful was the launch that the Basement have asked the band to return. It was originally planned that we return on 21 January, 2016, however, plans have had to be adjusted. We will post details as soon as they are confirmed.